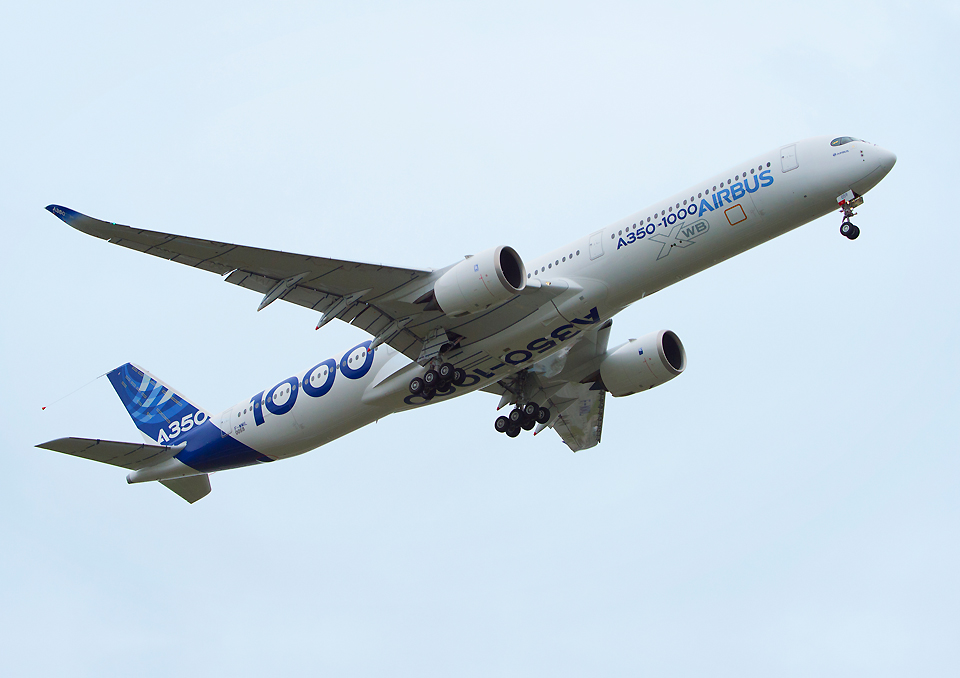 Longer version of the sensational aircraft Airbus A350; the first A350-1000 XWB (Xtra Wide Body) has successfully completed its maiden flight on 24th November.

The A350-1000 is the largest and most powerful twin-engined airline that Airbus has ever built and is also the world’s most fuel efficient large widebody. Equipped with specially developed Rolls-Royce Trent XWB-97 turbofans, the A350-1000’s first flight was over south-western France.Measuring nearly 74 metres from nose to tail, the A350-1000 is offering a maximum range of 7,950 nautical miles. It is designed for high efficiency, maximum reliability and optimised performance while offering passengers best-in-class comfort with its “Airspace by Airbus” cabin. 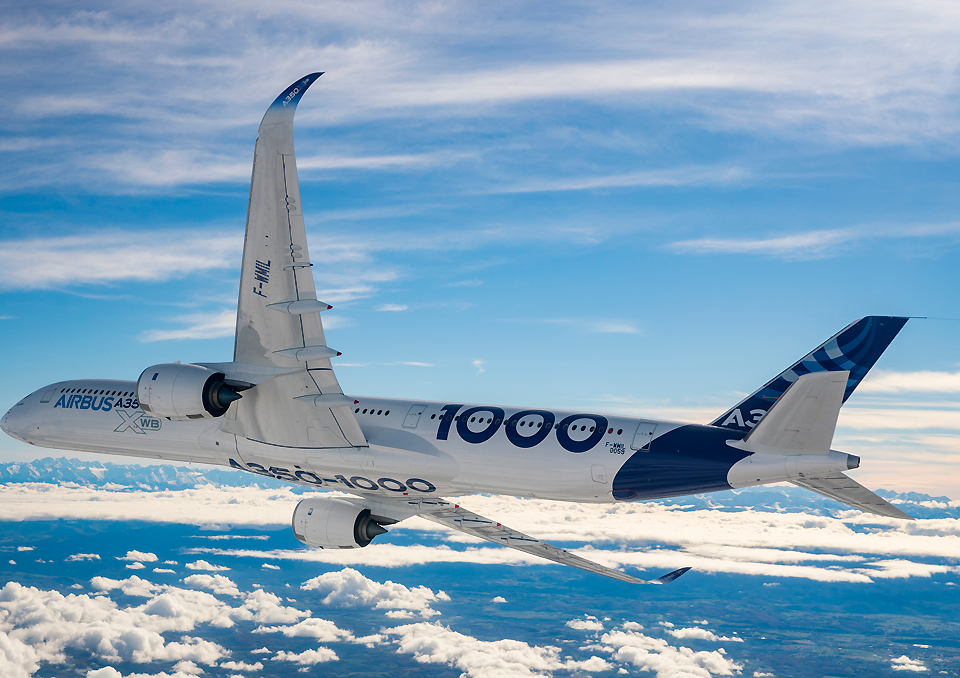 The A350-1000’s longer fuselage translates to greater capacity, seating 366 passengers (+40 seats compared to the A350-900) in a typical three-class configuration, and answers market needs with a larger premium area to accommodate first class and business class travellers.

Benefitting from the experience of the original A350-900 test campaign , the A350-1000’s development programme will be shorter – under one year for the three aircraft. The overall campaign will culminate in the type’s certification followed by its entry into airline service scheduled for the second half of 2017. 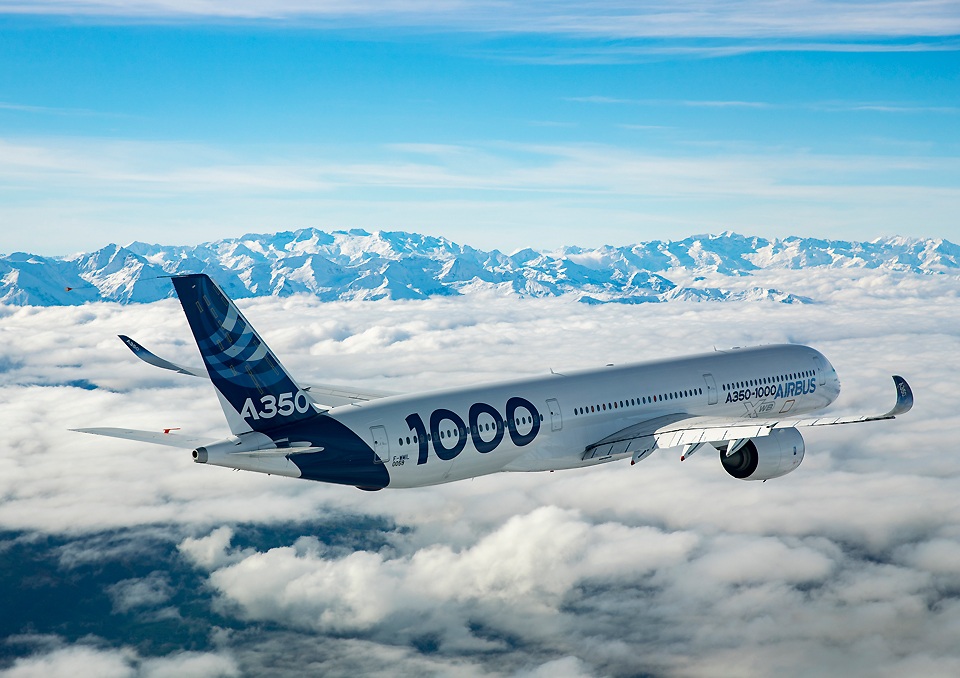 The A350-1000 is the latest member of the Airbus leading widebody family, together with the A330neo, offering unprecedented levels of operating efficiency, low noise and true long-range capability. As well as having a longer fuselage to accommodate 40 more passengers than the A350-900, the A350-1000 also features a modified wing trailing-edge, new six-wheel main landing gears and more powerful Rolls-Royce Trent XWB-97 engines. The A350-1000 embodies all of the fuel efficiency and ‘Airspace’ cabin comfort of the original A350-900 – but with extra size. To date 11 airlines from five continents have placed orders for a total of 195 A350-1000s with Qatar Airways being the launch customer.