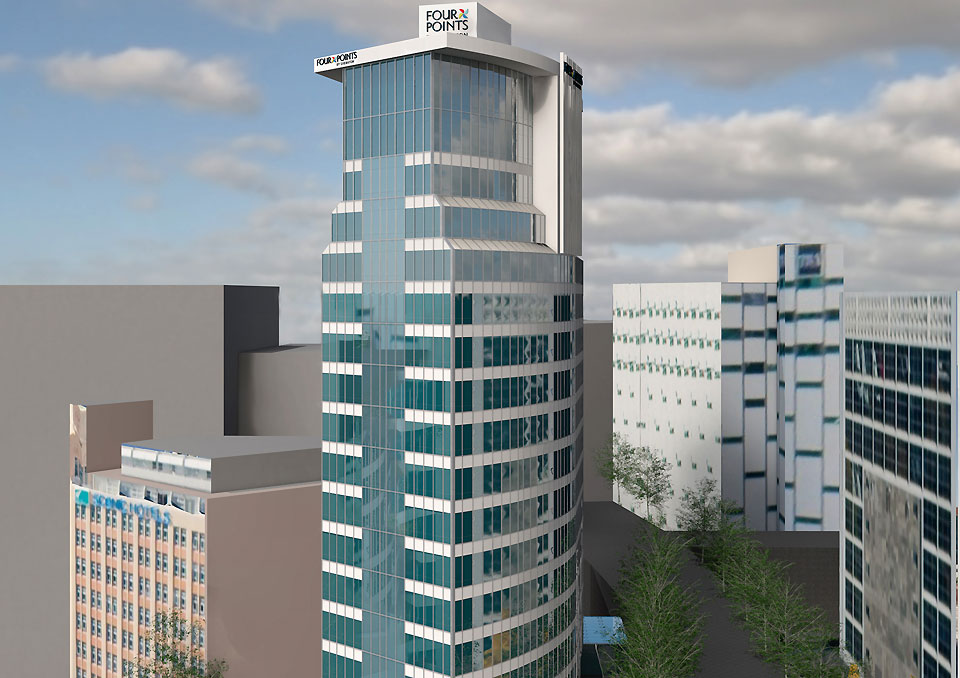 Four Points by Sheraton to debut in Auckland

Marriott International will debut Four Points by Sheraton brand in New Zealand with the opening of Four Points by Sheraton Auckland in late 2017. The 255-room hotel will be located in the heart of the city at 396 Queen Street, Auckland’s main retail and dining strip. Today’s signing marks Marriott’s continued expansion in New Zealand following the signing of The Ritz-Carlton, Auckland.

Four Points by Sheraton Auckland will feature 255 guest rooms with impressive views of the city, an all-day dining restaurant, bar and lounge, approximately 300 square metres of conference and meeting space, a fitness centre, and convenient on-site parking facilities. Reflecting the brand’s promise to provide what matters most to today’s independent travellers, the hotel will offer all of the brand’s defining touches, including the signature Four Comfort bed, complimentary bottled water, fast and free Wi-Fi in all public areas, an energising breakfast, and the brand’s signature Best Brews™ programme, helping guests to enjoy their day from start to finish.

The hotel, which is being converted from office space, will be ideally located adjacent to Aotea Square on Queen Street, in a hub of popular shops, restaurants, pubs and cafes. A 30-minute drive from Auckland Airport and in easy reach of the city’s key attractions, including Auckland Sky Tower, Auckland Art Gallery and The Civic Theatre, as well as the New Zealand International Convention Centre opening in 2019.