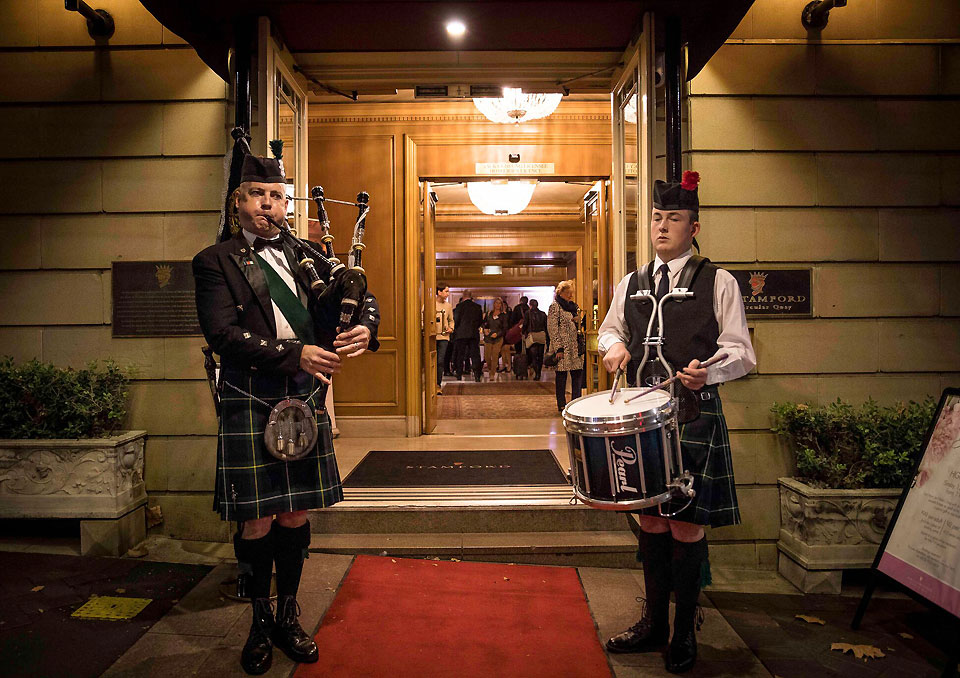 A wee bit of Scotland has reached the heart of Sydney with the launch of Sir Stamford at Circular Quay’s Highlander Whisky Bar.
Guests gathered to celebrate the opening on Friday 10 May where General Manager, Jacky Cheung announced three new offerings to tantalise whisky connoisseurs and novices alike including a Whisky High Tea, a ‘Whisky of the Month’, showcasing a rare and hard to find whisky from around the world, and bi-monthly Whisky Masterclasses. 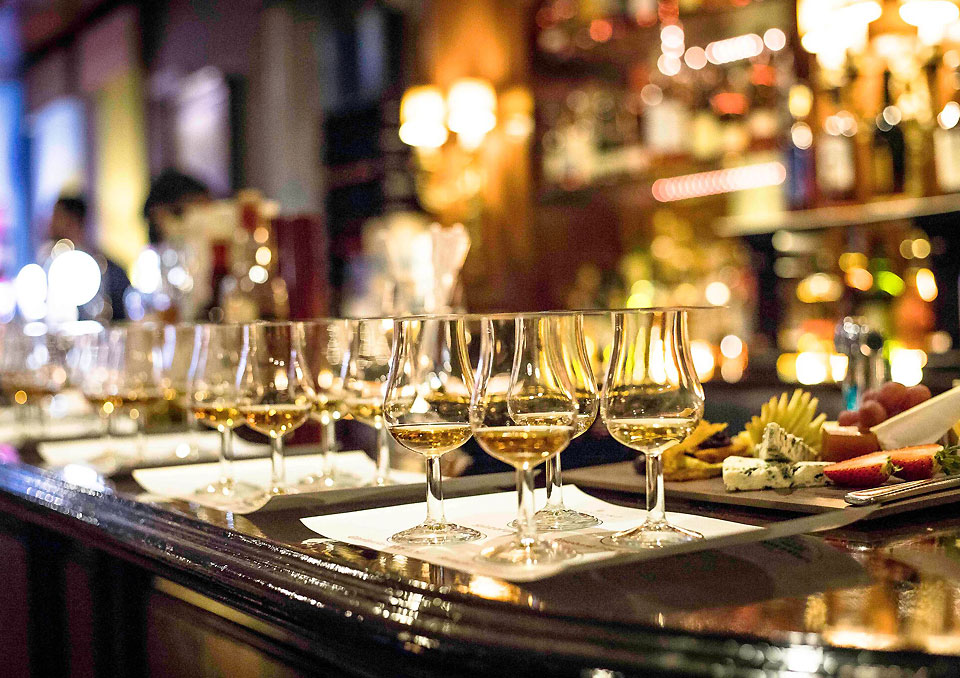 The unique Whisky High Tea offers a bespoke twist on the hotel’s famous high tea offerings, with a tempting variety of savoury delights complemented by sweet whisky infused treats including Jack Daniels Apple Mouse Slice, Jim Beam Bourbon Crème Brûlée Tart and Johnnie Walker Caramel Square, and paired with a whisky flight of three Chivas Regal varieties. The Whisky High Tea will be served from 11 am – 4 pm, Monday to Sunday, and costs $79.
The Whisky of the Month will take pride of place in the centre of the bar and be served with tasting notes for staunch whisky lovers. Selected for their uniqueness and scarcity, example offerings may include the limited-edition single cask bottling of a 20-year-old Ben Nevis, called the Highlander Inn. 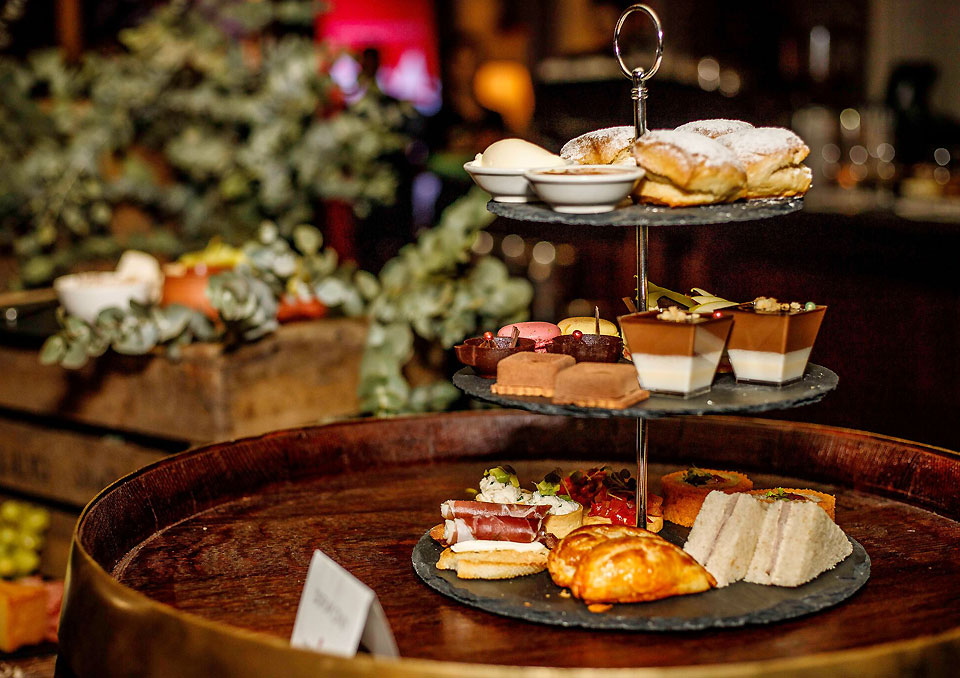 The Bi-Monthly Whisky Master Class will offer themed tastings designed to entertain and educate regular customers and newcomers alike. A ‘Malts in the Movies’ class, for example, will highlight the product placement of malt whiskies in classic movies, while a ‘How Whisky Made the Mob’ class will explore how organised crime and prohibition defined the whisky we drink today. And for the classic whisky drinkers, the ‘Whisky Old Enough to Order Itself’ class will celebrate all 18-year-old whiskies.
The Whisky Master Classes will vary in cost, depending on the theme, but the range will be from $80 to $130 per person. Duration will be around 90 minutes, with five to six whiskies presented. 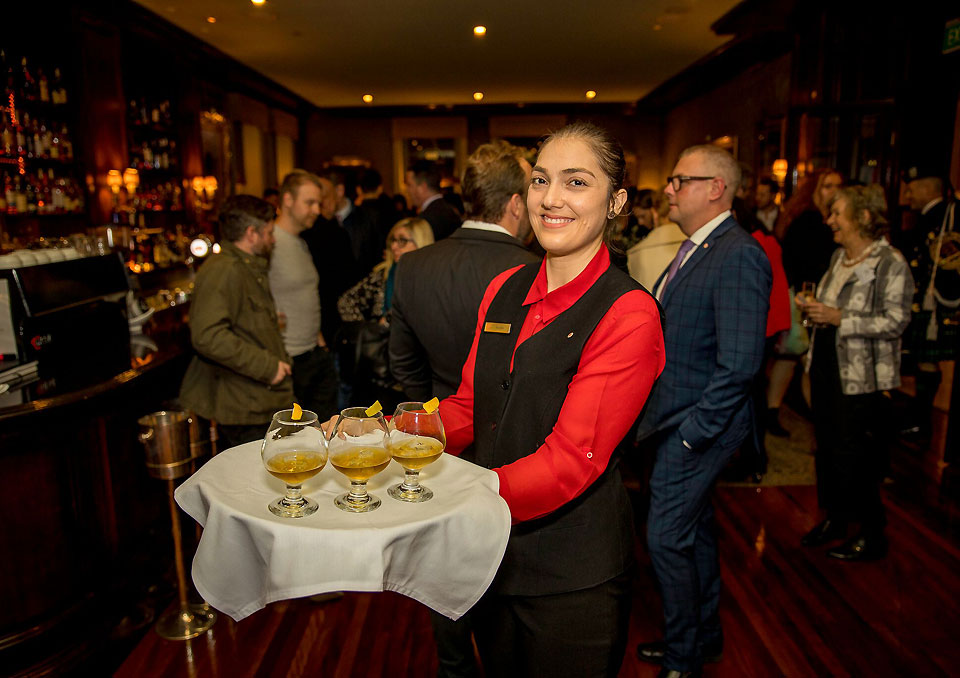 Sir Stamford has partnered with expert whisky connoisseur, David Ligoff, co-founder of World of Whisky, the only specialised whisky shop in Australia, and owner of Alchemist Events which specialises in whisky themed functions and events. Sir Stamford at Circular Quay takes its name from Sir Thomas Stamford Bingley Raffles – the founder of modern Singapore. Noted as a great statesman, he was instrumental in the expansion of the British Empire, which included introducing the tradition of enjoying a fine whisky into the South East Asian region. The Highlander Bar celebrates his pioneering spirit.
Sir Stamford at Circular Quay is located at 93 Macquarie Street, Sydney. Visit www.stamford.com.au/sscq