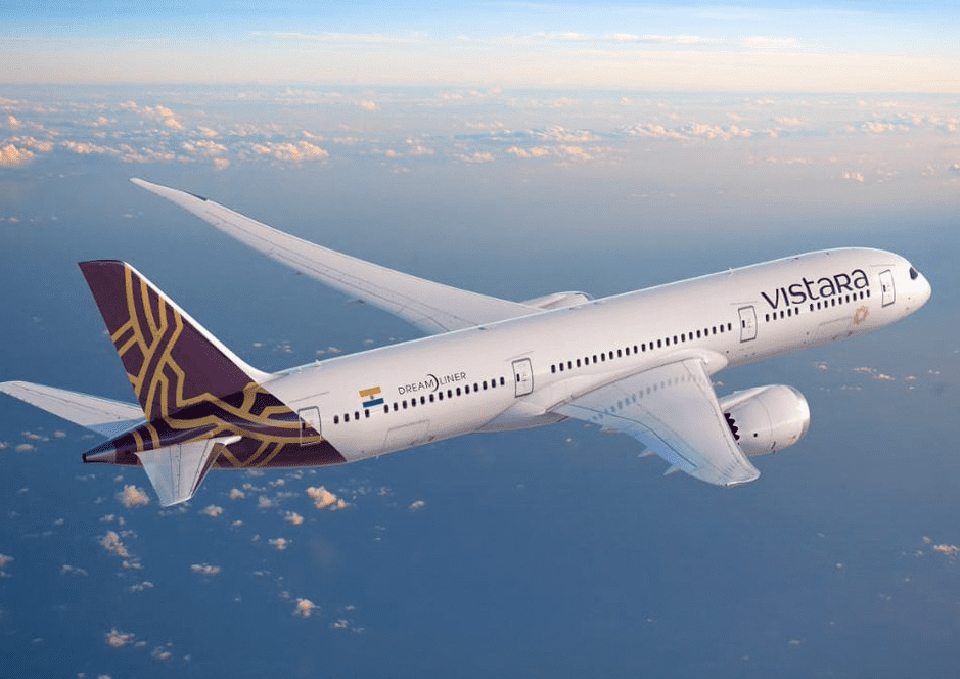 India’s Vistara Airlines, a JV between Tata Sons and Singapore Airlines have taken delivery of the first Boeing 787-9 Dreamliner.

Vistara started operations in 2015, the airline operates a fleet of Airbus A320 and A320 neo jets with six 787-9 Dreamliners on order to be delivered later this year. Vistara’s nee Boeing 787-9 introduces a few firsts for an Indian airline, including the debut of inflight WiFi and premium economy.

For business class, Vistara has opted for the same seat as used by Singapore Airlines for on its Boeing 787-10s and selected Airbus A350s: the Symphony, from Stelia Aerospace. Each of the 30 leather-clad seats pairs direct aisle access with a good degree of privacy and personal space, and converts into a fully lie-flat bed. 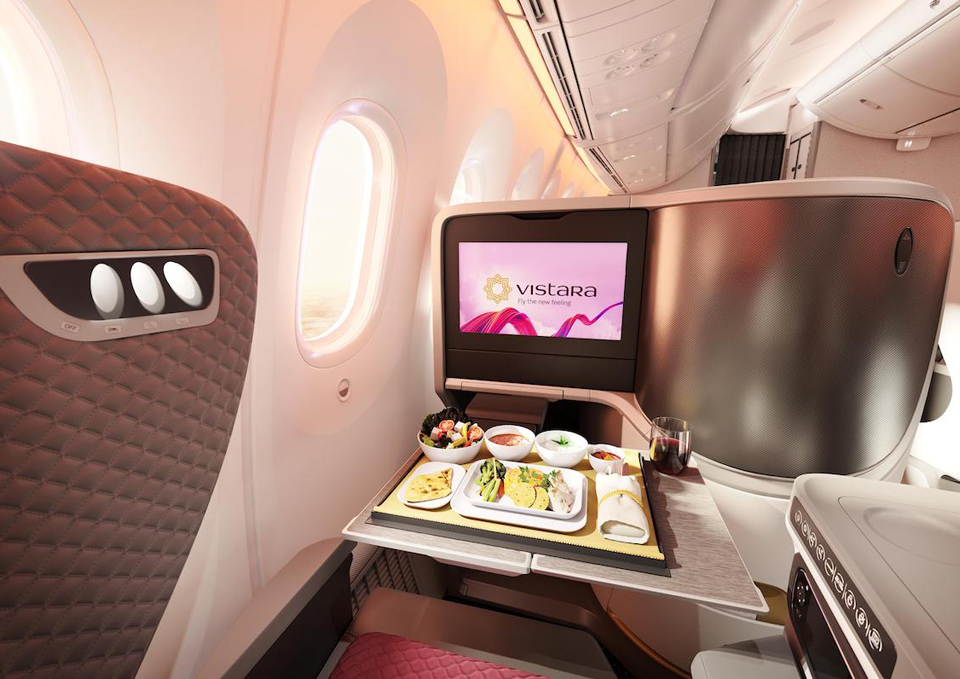 The 21 premium economy seats, ranked in three rows of 2-3-2 in a dedicated cabin, are 19 inches wide, with a 38-inch pitch, 7-inch recline, a calf rest and extendable footrest. In addition to a 13-inch touchscreen display, each premium economy passenger also gets their own AC and USB power outlets. Vistara’s Boeing 787-9 economy cabin has 248 17-inch wide seats arrayed in rows of 3-3-3, with 31 inches of pitch, five inches of recline, 12-inch video screens with their own USB charging sockets, and shared AC outlets. Vistara also introduces a ‘Human Centric Lighting’ system which sets the LED cabin lighting scheme to “incorporate the chronobiologic impact, corporate design and effect on colours and materials used in the cabin.”

By adjusting light colour and intensity throughout flights, it helps travellers to adjust their sleep schedules and arrive well-rested and feeling less jet-lagged. Vistara plans to step onto the global stage, with its new Boeing 787-9 Dreamliners setting course for Australia, Europe and London over the next 12 months.

London sits on the top of Vistara’s Dreamliner destination list, says CEO Leslie Thng, alongside an unspecified city in the Far East region.

“London will be one of the destinations, and Australia soon to follow.”

Vistara is eager to position itself as a high-end alternative to troubled flag carrier Air India, and failure of the longstanding Jet Airways.