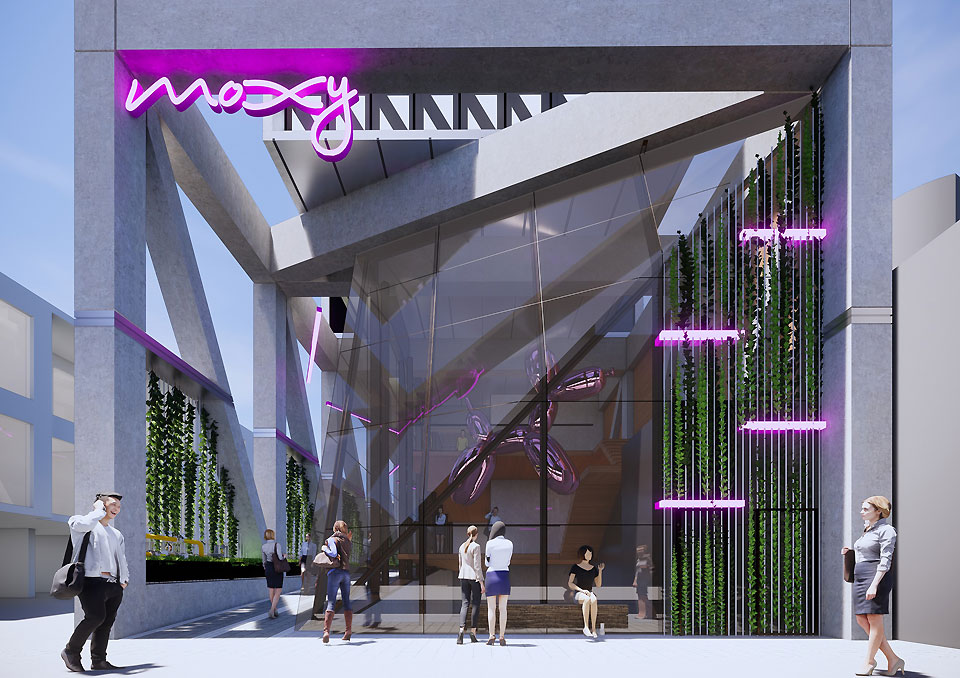 If you’re a young or young at heart business traveller, Moxy Hotels is a new and playful hotel brand that could be right up your street. Marriott International pitches this playful and experiential hotel brand at the next generation of travellers, and is set to debut in Australia with the signing of Moxy Melbourne South Yarra. In an increasingly congested accommodation market, standing out from the pack is the elixir accommodation providers all covet, so it will be interesting to see if Moxy resonates in Australasia.

Slated to open in July 2021, the 180-room, new build standalone hotel is being developed by Melbourne businessmen Hector Ktori and Peter Arvanitis. With 30 operating hotels across Europe, North America and Asia and more than 80 properties in development, Moxy Hotels redefines the traditional affordable hotel experience, allowing guests to work, play and connect while surrounded by bold design and contemporary style.

Guests will be a short walk from Chapel Street – Melbourne’s trendy shopping and entertainment strip – and South Yarra Station. From here, guests can easily navigate the city’s major tourist attractions, including the Royal Botanic Gardens, Melbourne Cricket Ground and the the city’s celebrated restaurant, bar and arts scene in the Central Business District.

Moxy Melbourne South Yarra promises a contemporary design with 180 high-tech rooms, with floor-to-ceiling windows flooding the rooms with natural light. The hotel will offer various live/work/play spaces, including a bar, co-working space and meeting studio, as well as a rooftop bar overlooking the city skyline with access to a large veranda. Guests looking to keep fit can also take advantage of the hotel gym, fully equipped with the latest cardio and strength training equipment.