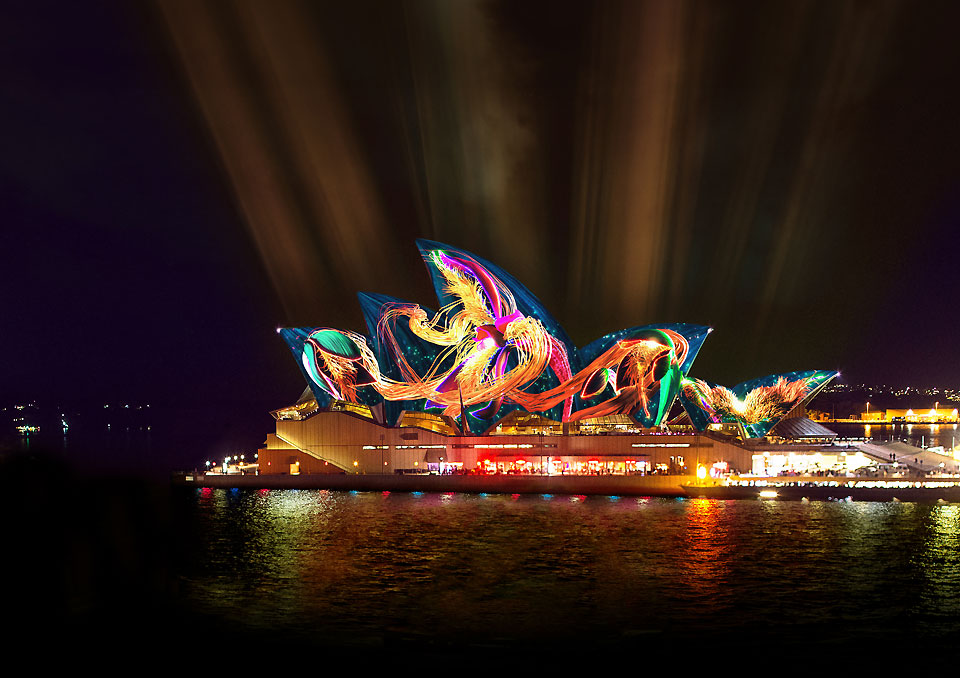 Vivid Sydney lights up for 2019

Vivid Sydney, the largest festival of light, music and ideas in the Southern Hemisphere, will ignite the Harbour City this winter from Friday 24 May to Saturday 15 June 2019 as it enters a new decade of innovation and creativity with an inspiring and star-studded program of events.

This year’s Light Walk sees over 50 radiant works curated into the largest outdoor gallery of its kind in the Southern Hemisphere, stretching for more than three kilometres.

In a partnership first, Academy-Award winning Pixar Animation Studios will illuminate Sydney’s heritage-listed Argyle Cut in The Rocks with a creative light projection that will delight visitors of all ages as they are transported through a visual feast of behind-thescenes artwork and the evolution of iconic animation. The return of the Argyle Cut to the Vivid Light program will be a huge drawcard for festival goers featuring the captivating characters of Pixar films, including the beloved duo of Woody and Buzz Lightyear. 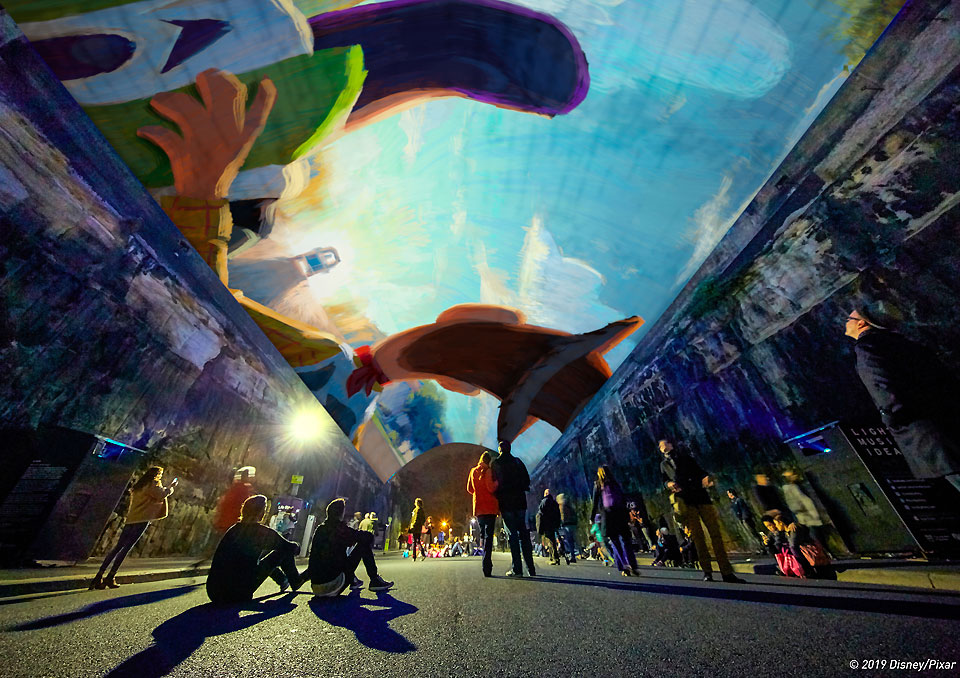 Visitors can once again weave their way through the Royal Botanic Garden Sydney for close encounters with illuminated artworks that reflect and refract both light and nature. Glowing, darting, hovering above the ground, Firefly Field is a mesmerising installation of 500 flying light points that simulate the aerial ballet of these tiny nocturnal lampyridae. 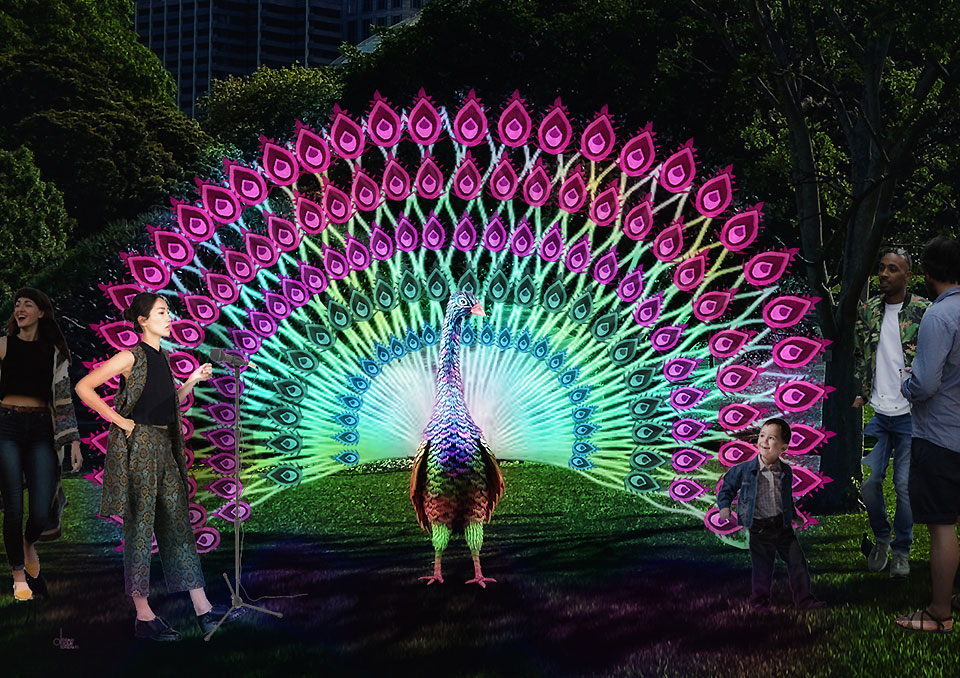 Viewers are encouraged to look beyond the night sky and wonder what secrets lie beyond the stars through KA3323, a retro-futuristic satellite dish overgrown with alien plant matter that has mysteriously landed in the Botanic Garden. While at I Hear You (But Do You Hear Me?), an array of LED light poles generates a space between two people with their voices starting a conversation of light and sound, questioning inequality in the digital era.

Across the Quay, the imposing art-deco façade of the Museum of Contemporary Art Australia will be transformed by award-winning Australian-Columbian artist Claudia Nicholson who, together with light veterans Spinifex Group, reimagine her vibrant artworks into Let Me Down, an animated cycle of creation, destruction and regeneration underscored by the cool and contemporary sounds of Lonelyspeck.

Next door, in addition to an incredible experience at Foundation Hall, Samsung Electronics Australia will create a once in a lifetime experience at First Fleet Park using some of the most exciting features of the Galaxy S10 to reimagine how you see Vivid Sydney. 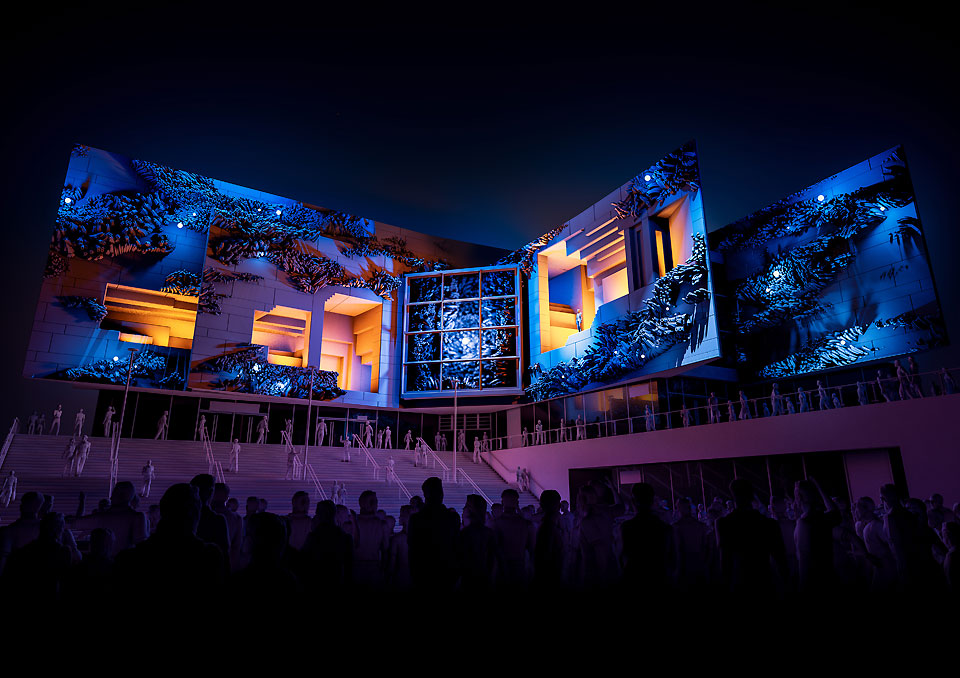 Watch your chips! in The Rocks examines the collective behaviour of birds, mimicking the way gulls sometimes harass humans for food scraps while Nostalgia Above connects the romance of nature to data-driven climate technology, creating a virtual barometer that forecasts rain and thunderstorms, clear or gloomy skies.

Campbells Cove is back with Ballerina, an eternal dance solo that shimmers along the harbour’s edge as if in a dream, while Let it Snow makes it seem that giant snowflakes have landed at Hickson Road Reserve offering great views from the water.

Celebrating the International Year of Indigenous Languages, the southern pylon of Sydney Harbour Bridge is set to come to life with Eora: Broken Spear curated by Rhoda Roberts AO with projection design by The Electric Canvas. This powerful work reminds us to reflect, to call country, to read country and listen to country. 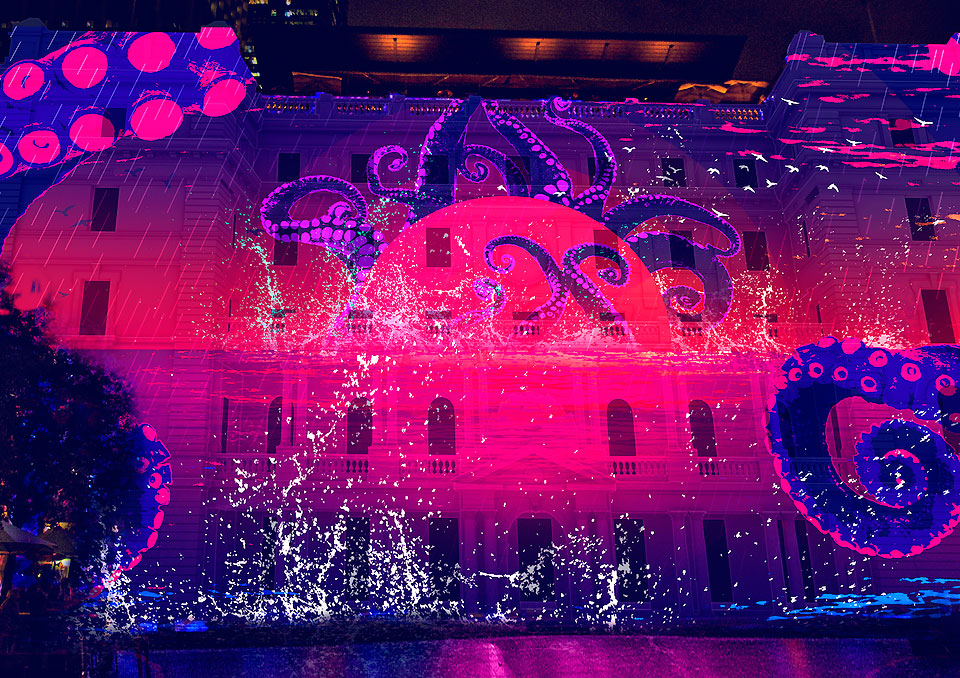 The façade of Customs House is once again transformed to become an aquatic wonderland in Under the Harbour by Spinifex Group, sure to delight children and adults alike. The watery world with neon sea creatures, botanical wonderlands, and unclassified oddities will provide a playful and exquisite escape into an extraordinary underwater fantasy certain to inspire audiences and deepen the appreciation of Sydney’s aquatic haven.