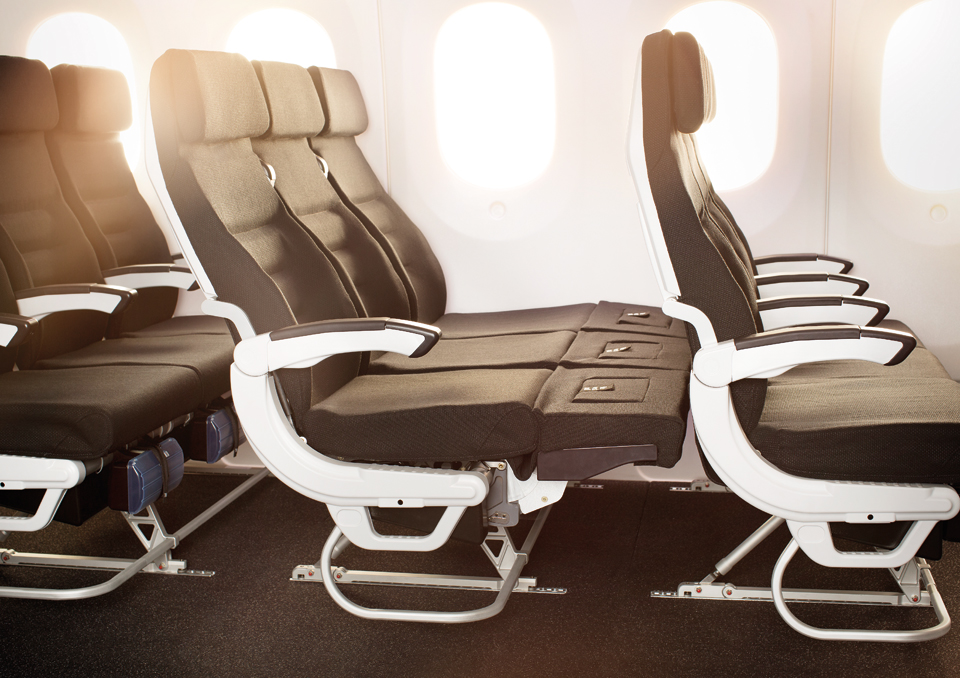 The Economy Skycouch seats are the same as an Economy seat, except you have an additional footrest that folds to form a couch. Each person can choose if they want their footrest up or down. These adjust to 60 and 90 degrees.The arm rest on the window side goes all the way up to create a comfortable lounge space. All the armrests in the middle seats also disappear in the back of the seat.

When it’s time to rest, we’ll help you get your Skycouch set up. We even have an extension seat belt for when you want to lie down.

The enhancements to the Economy Skycouch include introducing a dedicated infant harness allowing infants to remain lying down throughout the cruise phase of flight, new infant pod, and modifications to the existing Skycouch Cuddle Belt which mean two children can share the Skycouch lying side by side.