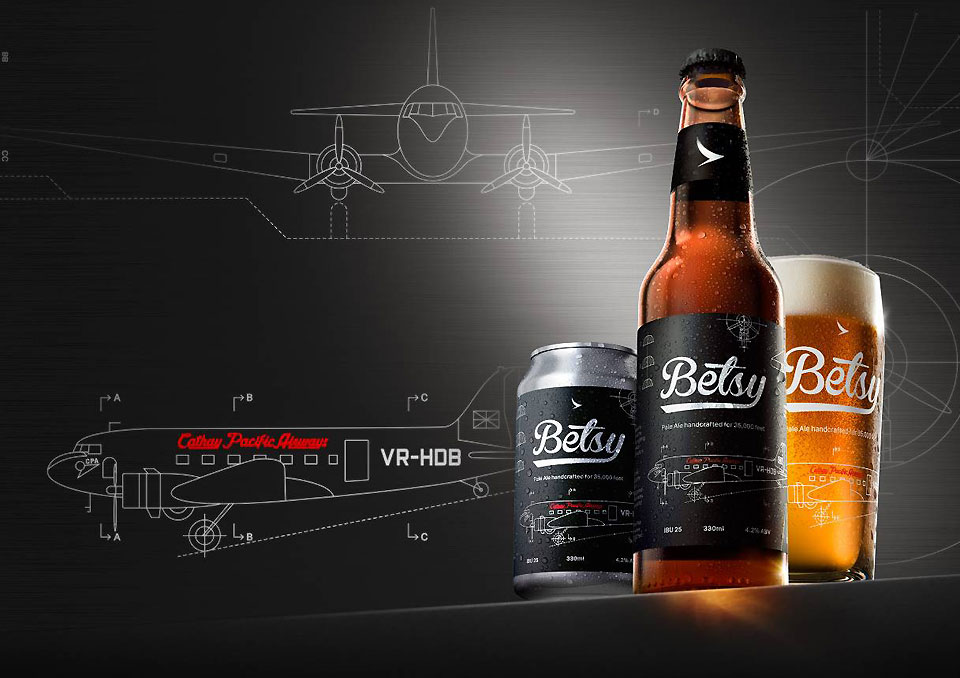 Cathay Pacific’s wildly popular Betsy Beer is back and it’s better than ever with a new taste, a new look and a new rollout making it available to passengers on long-haul flights in all cabins as well as Hong Kong International Airport’s Cathay Pacific lounge. The return of Cathay Pacific’s signature, locally brewed craft beer is one of the latest enhancements the airline is making to its passenger inflight experience. 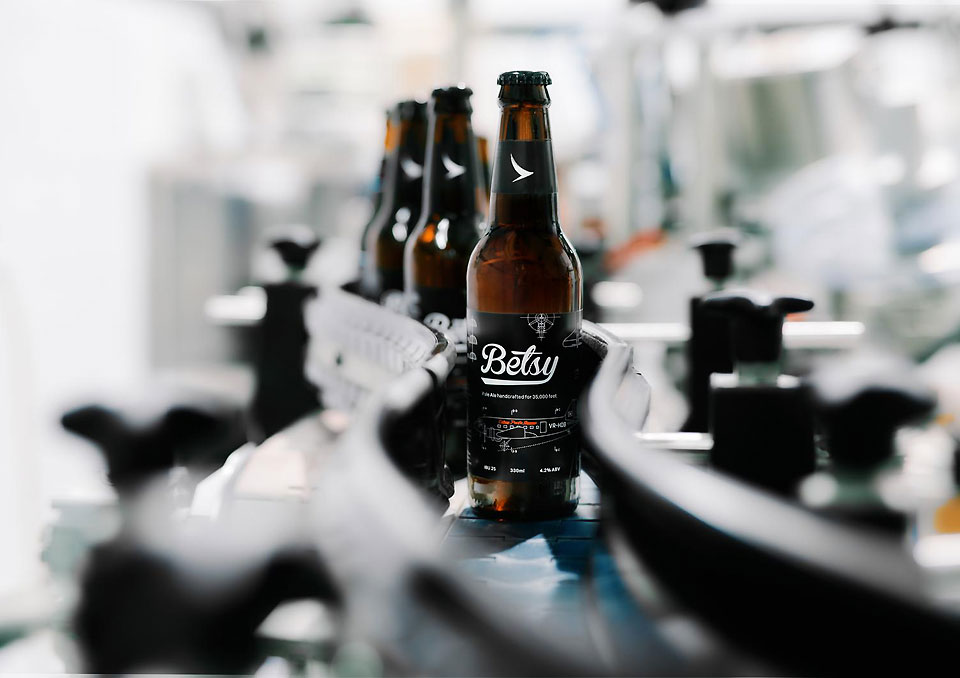 The Betsy Beer brew became an instant hit when it was first rolled out in February 2017 to First and Business Class passengers on flights between Hong Kong and the UK. The beer takes its name from “Betsy”, Cathay Pacific’s first aircraft, a Douglas DC-3, which flew passengers around the region in the 1940s and 1950s. 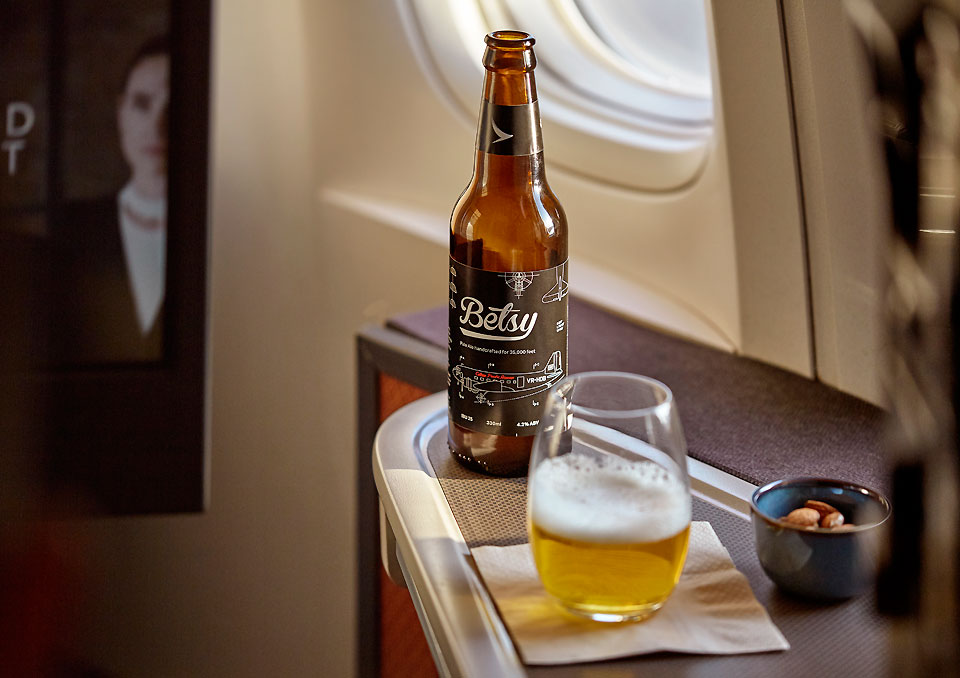 A citrus-forward Pale Ale, Betsy Beer was created in partnership with expert Hong Kong brewery Gweilo Beer. Building on the original “Betsy” DNA, the beer is brewed from a predominantly unroasted malted barley base together with roasted barley to give a sweet, malty profile with hints of bread, biscuit and toffee. Locally sourced orange peel is added in the boil to help further form the flavour. The beer is then fermented using Gweilo’s house ale yeast, after which it is dry hopped with a blend of citrus and orange-forward hops to complete the aroma and flavour profile. 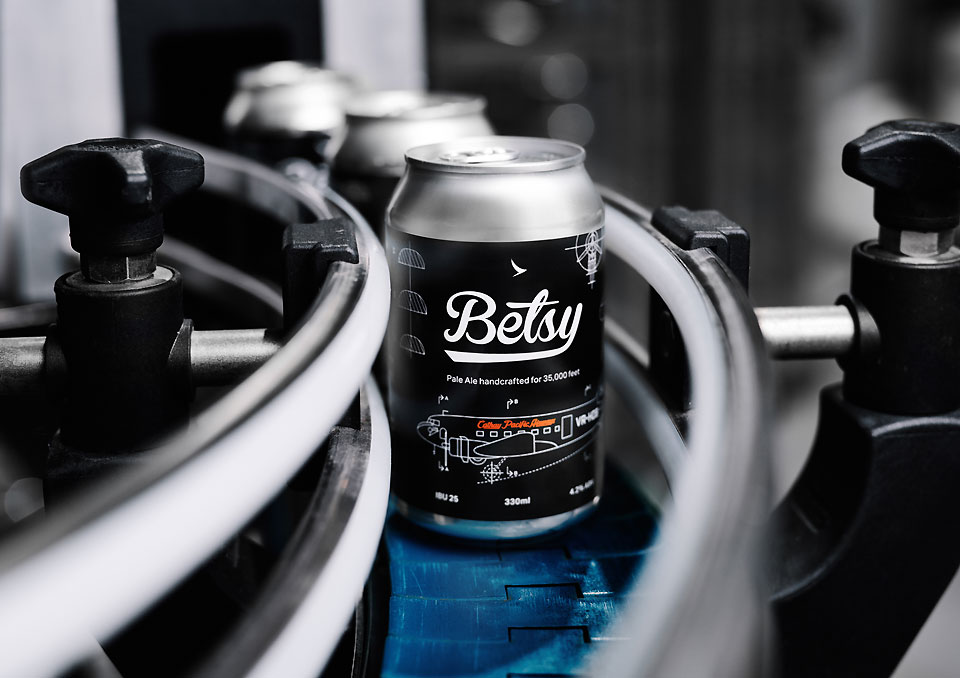 Cathay Pacific General Manager Customer Experience and Design Vivian Lo says: “Betsy Beer was incredibly popular with customers when we originally launched it over two years ago, and we’re thrilled to offer this specially created Hong Kong-made beer once again. “Whether you’re a newcomer to craft beer or a passionate enthusiast, Betsy Beer has something for everyone. Its character is both distinctly Cathay Pacific and distinctly Hong Kong, and it’s the perfect accompaniment to the diverse options served as part of our inflight culinary experience.”

Alongside the return of Betsy Beer, Cathay Pacific has collaborated with Hong Kong’s most dynamic food group, Black Sheep Restaurants, to develop a menu for its Economy Class cabin on all long-haul flights from Hong Kong.
Cathay Pacific General Manager Customer Experience and Design Vivian Lo said: “We’re delighted to be partnering with Black Sheep Restaurants, bringing together two Hong Kong-based companies who share a similar passion for innovation and world-class hospitality. 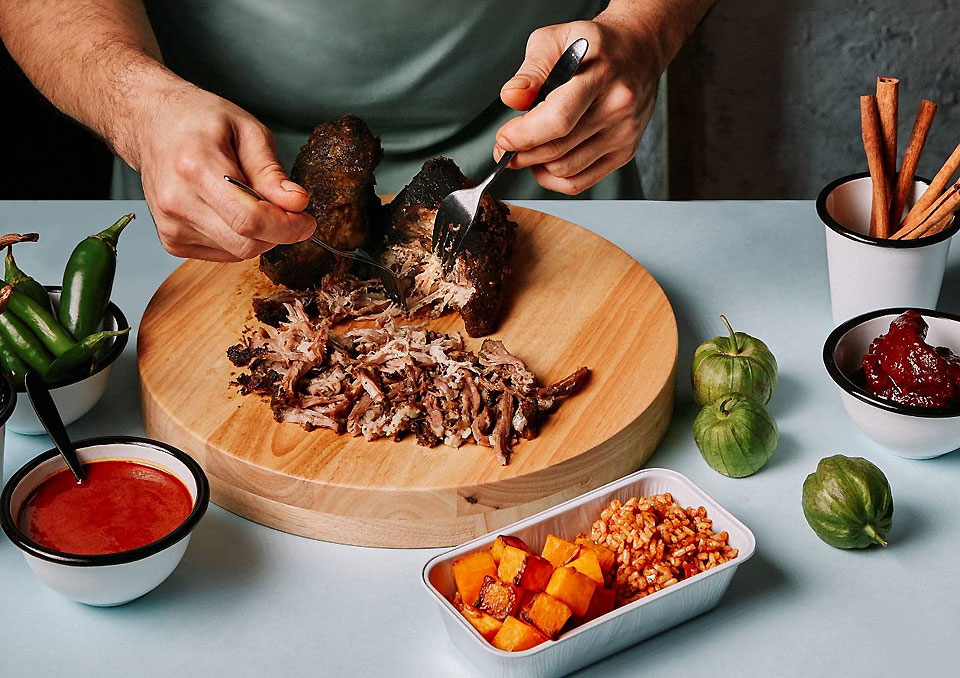