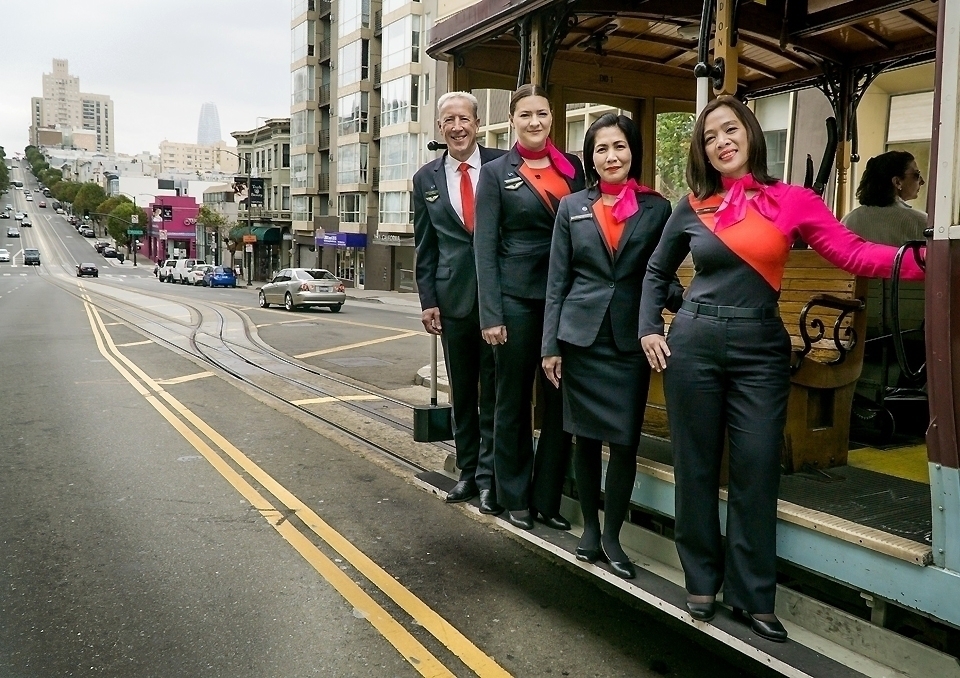 Qantas has kicked off the first ever direct flight between Melbourne and San Francisco, making it easier to travel between the two cities and reducing travel times.

The airline will operate four return flights per week on the route with the airline’s Boeing 787-9 Dreamliner aircraft.  The flight is numbered QF49 in recognition of the city’s symbolic references to the number 49 dating back to the California Gold Rush of 1849, including the local San Francisco 49ers American Football team.

From San Francisco, Qantas codeshare customers can connect onwards to 36 destinations across North America with Qantas’ airline partners. Qantas’ Dreamliner carries 236 passengers across three cabins. It features the latest version of the airline’s Business Suite, nicknamed “mini First Class” by some frequent flyers, as well as a next generation Premium Economy seat and a significantly improved Economy seat with extra storage compartments and more legroom.

^Times above are local AEST.
** 1 hour later in DST