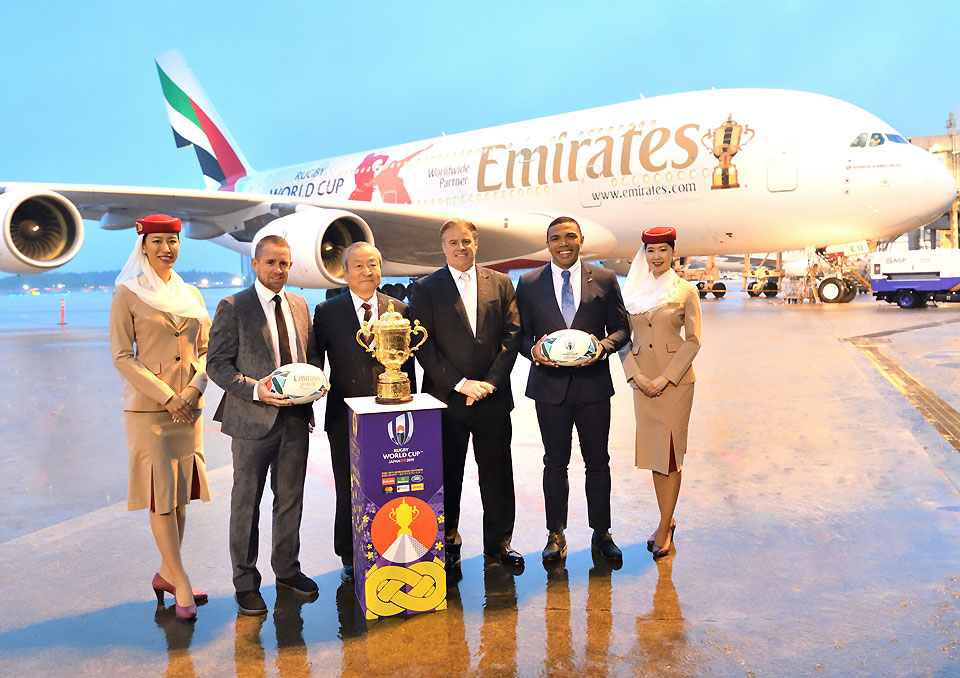 Webb Ellis Cup touches down with Emirates in Japan

Emirates, Worldwide Partner of Rugby World Cup 2019 (RWC 2019), has spirited the Webb Ellis Cup to Tokyo. The silver-gilt trophy, presented since the inaugural Rugby World Cup tournament in 1987, was transported on Emirates flight EK318 from Dubai to Tokyo, arriving last week to a champion’s welcome.
On touchdown in the host country of Japan, former World Rugby players of the year, Bryan Habana and Shane Williams, stepped out of the Emirates A380 aircraft to present the coveted trophy to Japan’s organising committee. The handover takes place just prior to the 100-day countdown to kick-off of Rugby World Cup 2019 in Japan on 20 September 2019. 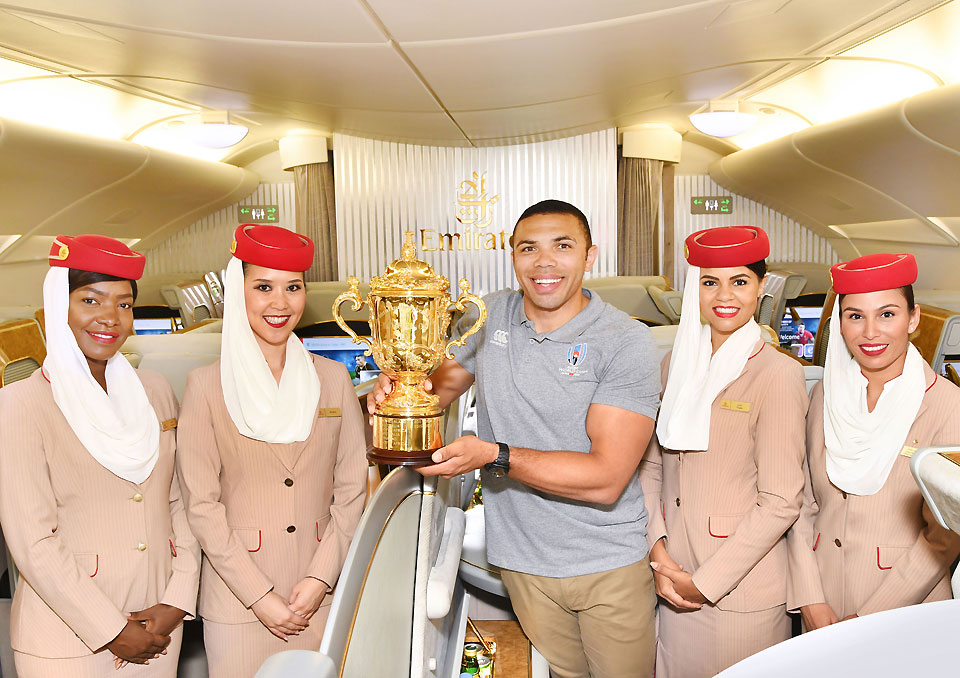 To mark the trophy’s arrival, Emirates has announced details of its sponsorship of RWC 2019 in Japan, including the once-in-a-lifetime opportunity for young fans to join the sport’s showcase event as Official Flag Bearers. Emirates will be running similar competitions in international markets to recruit youth to join the matches in Japan, from international markets such as the UK, France, Ireland, Argentina, South Africa and the United Arab Emirates. The airline is also extending this money-can’t-buy opportunity to its loyal customers by inviting members of its frequent flyer programme, Emirates Skywards, to nominate their children in the same age group to become Flag Bearers.
The fun and excitement in the lead up to RWC 2019 in Japan will also see the Webb Ellis Cup setting out on a tour of Japan. 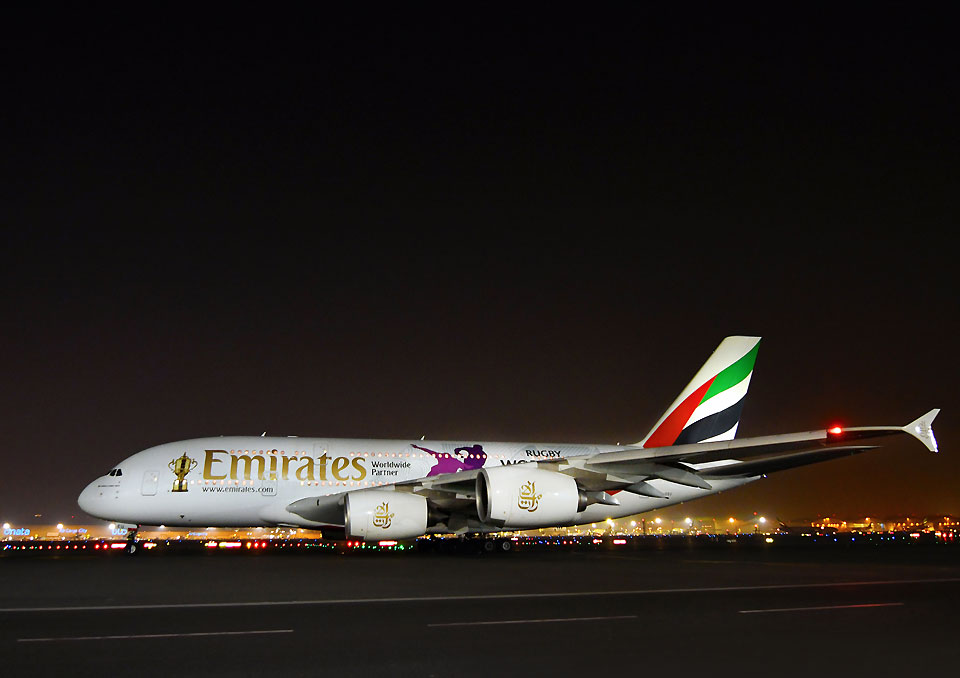 To help ensure that jet-setting rugby fans do not miss any of the Rugby World Cup 2019 action, Emirates will be screening the competition’s matches live in the air on its dedicated in-flight sports channel, Sport 24, available on the airline’s award-winning in-flight entertainment system, ice. Emirates will also be screening the matches live on the 55-inch screen at the iconic onboard lounge on select A380 aircraft. Customers travelling in First and Business can join other rugby enthusiasts at the most popular social spot at 40,000 feet and cheer on their favourite teams while enjoying a unique selection of spirits or cocktails. Fans can even stay connected to tournament news and highlights, with Emirates offering passengers up to free 20MB of Wi-Fi data on its aircraft.
As a Worldwide Partner, Emirates will feature top quality wines, including champagne and vintage port, that are also served on board, at its hospitality chalets at Rugby World Cup 2019 matches in Japan.
www.emirates.com